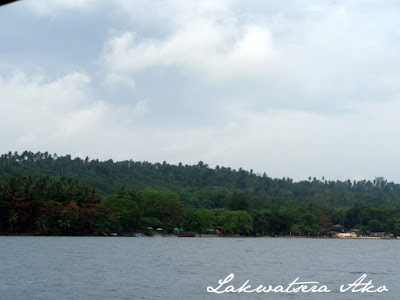 The last time I was in Samal Island was 2 years ago and it was really a pleasant experience. I made sure during our trip to Davao I'd be able to sneak in a few hours (even it meant waking up really early) to visit the island again.
Our friends, the panggas Markku and Hana and new-found friend Maki, joined Sweetie and I on an early morning Samal Island adventure. I just got instructions from my Davao-based friend, Rex, and the resort, Paradise Island, how to get there. And it took us about 20 minutes only!
We first took a cab to Kilometer 9, Sasa Wharf (just tell the driver to bring you where you can get a bangka to Paradise Island or Costa Marina).
Then we rented a bangka for just PhP100 since we were just 5 people. If there's 7 and more you just pay PhP15 each. 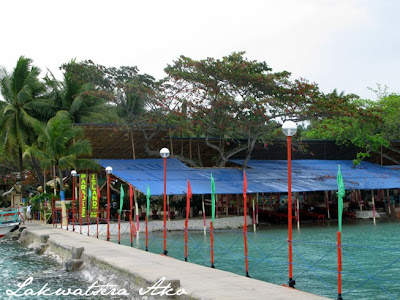 Then we paid the entrance fee of PhP100 and dove in the inviting sea water! I loved the fact that the sand was almost white and there weren't any scary rocks that you might step on. And there were fish swimming with us! 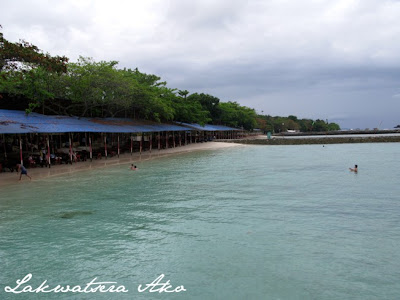 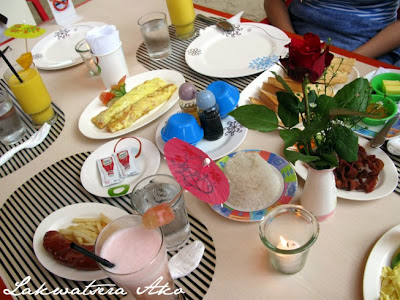 And then walked around a bit and found out that the resort had a bird sanctuary, rooms for rent and a massage place (by the beach)! 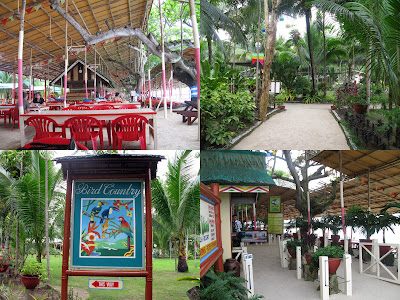 And then we hurriedly hopped in another bangka to get to Davao City in time for our first Davao FAT adventure at Tadakuma.
How to get to Samal Island the Lakwatsera way:
1. Take a plane to Davao.
2. Take a cab to Kilometer 9 Sasa Wharf.
3. Take the bangka either to Paradise Island or Costa Marina.
And you're there na! It just takes 15 to 20 minutes from Davao city (and nearer if you go straight from the airport).
Expenses:
Taxi from Davao City: approximately PhP120
Bangka (ferry): PhP15 each (or pay PhP100 to charter one if you're less than 7)
Entrance fee at Paradise Island: PhP100 each
Food: inexpensive, we just ordered a lot! (You can budget between Php100-200, may fruit shake na yan!)
Other info:
Paradise Island Room Rates: PhP1,700 to 2,500
Paradise Island Park & Beach Resort
Caliclic, Babak
Island Garden City of Samal
Davao del Norte
Philippines 8118
+63(82) 233-0251/234-1229/300-2343
If you're afraid to get lost, go give Manong Bong Roldan a ring +63920-8559978. He's the nicest taxi driver ever and you can also hire him to give you a day tour of Davao.
Ipinaskil ni Aileen Apolo-de Jesus sa 5:16 PM