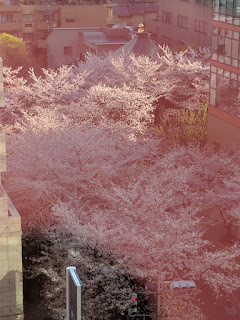 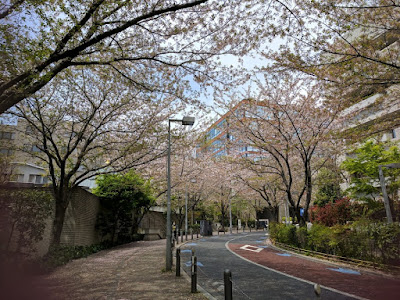 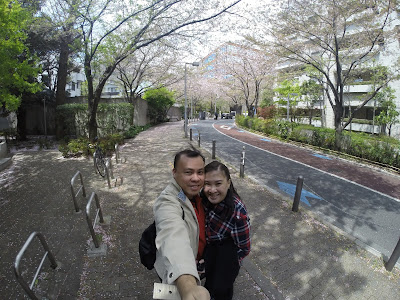 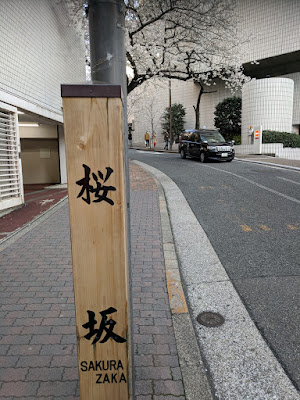 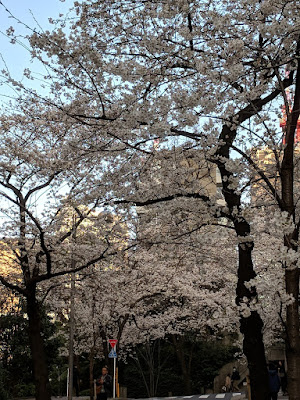 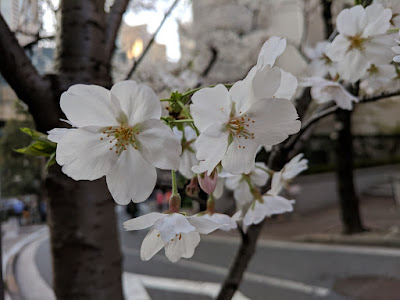 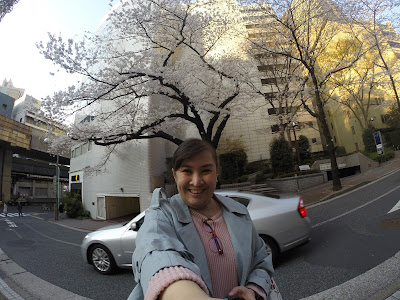 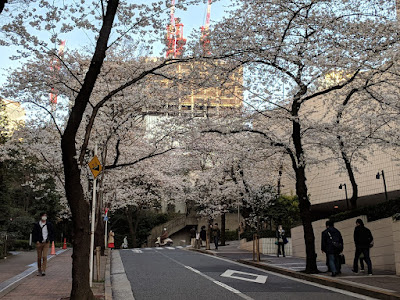 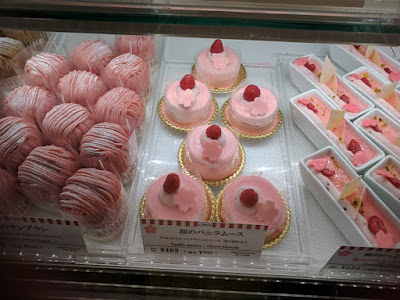 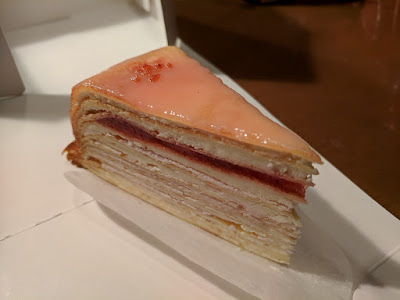 I love eating hamburger. I usually go for the fast food type since it's more convenient to get. I also make tasty Japanese hamburger every so often at home. My favorite restaurant burger though is Dayrit's since I've been eating there since I was four years old. 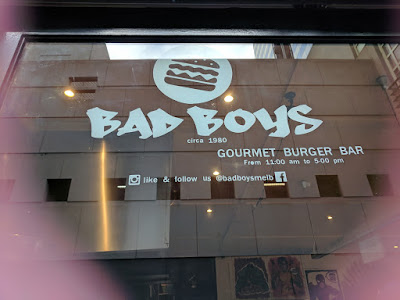 x
Last May I had the opportunity to visit Melbourne together with my boys. We were so hungry on our first morning since we were not able to eat a proper dinner. After a quick check of nearby restaurants on Google Maps we ended up at Bad Boys Gourmet Burger Bar. 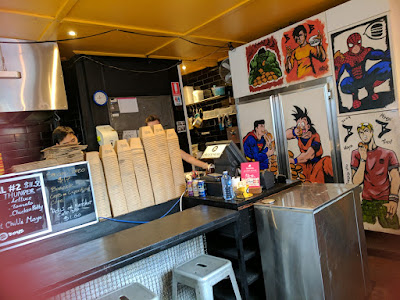 The place is a bit hard to find since it's location is not on the street side. It's located in the middle of two streets behind a couple of shops. If you think about it the location makes it a bit more special. It's a hidden burger gem! 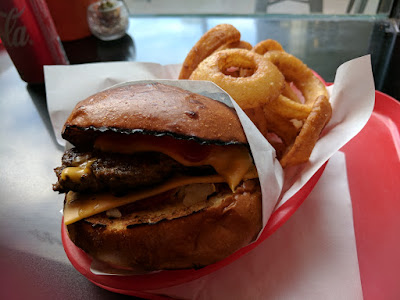 I ordered a cheeseburger with onion rings and a drink. I was a bit overwhelmed with the size, but I finished it! The burger was cooked perfectly. Moist, a bit juicy with some crunch. I love how the flavors mixed and as much as I thought it was too big for me. I finished the burger. 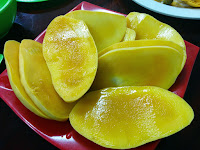 A few years ago I finally managed to visit Guimaras Island. After arriving in Iloilo we checked in and immediately left for the port to take a short ferry ride to Guimaras Island. I didn't know that the island was so close to Iloilo it just took us about 20 minutes to get there via a boat ride. We were met by a friend at the port and he whisked us away to his university.

At the university I was amazed by the hospitality of their president and staff. It was supposed to be a short visit, but he insisted on serving lunch at his office. The food was great and they served different varieties of mango. He explained that their campus had trees of at least 12 varieties of mango. The Guimaras mangoes are indeed the sweetest in the whole world and when you try it you will never want anything else.

After lunch we had the opportunity to go to the Mango Festival. At the festival you can have eat-all-you-can mango for just 70 pesos. You can also buy mangoes from a wide variety of stalls. I never saw so much mango in my entire life! Other items available were honey (with live beehives!), cashews and other fruits, locally made items were also being sold. It was such a treat to be there at the festival. 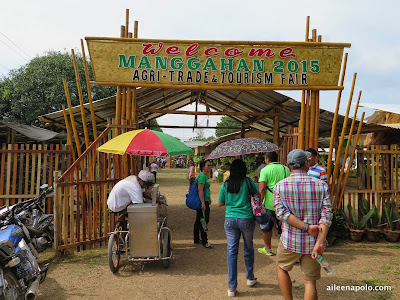 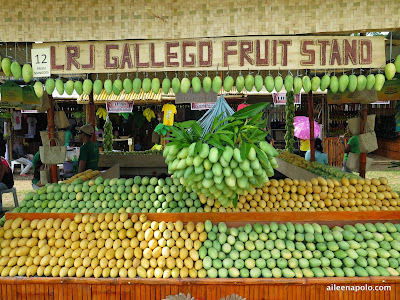 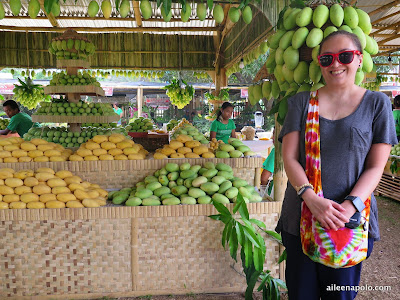 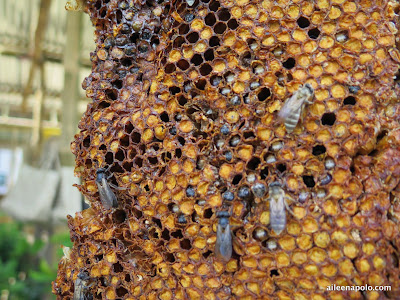 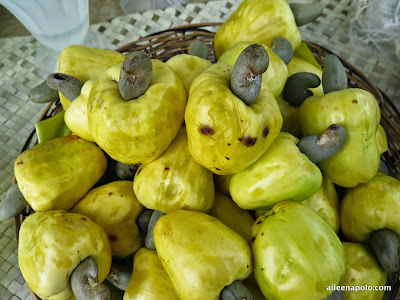 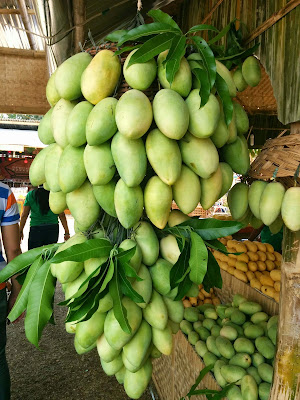 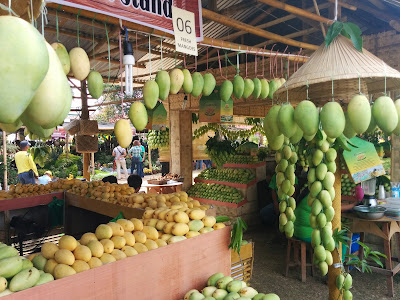 After going around the festival we went to Pitstop to try out their famous mango pizza. I was hesitant at first since I found it weird that they would put mango on pizza. All my anxiety went away after I took the first bite. To this day I wish I could go back to Guimaras to have some mango pizza again. 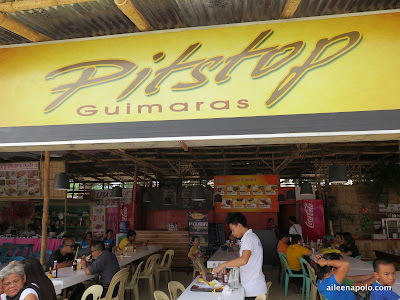 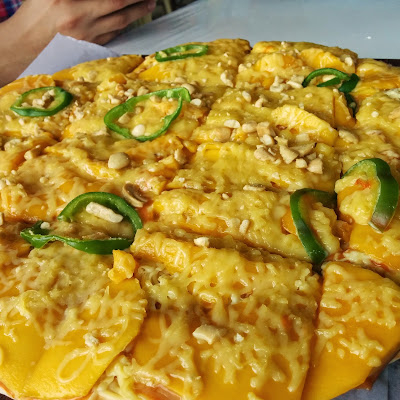 This year's Guimaras Mango Festival is celebrating their 25th anniversary. It will be from May 11 to 22.
Ipinaskil ni Aileen Apolo-de Jesus sa 10:33 PM No comments: