There is something in Bohol that made me come back. I managed to see most of the tourist spots in Bohol during my first trip back in 2007, but I have since wanted to go back. Bohol is such a charming place and I really love its beaches. And oh take note, my blog header's photo was shot at Panglao beach by Sasha Manuel. 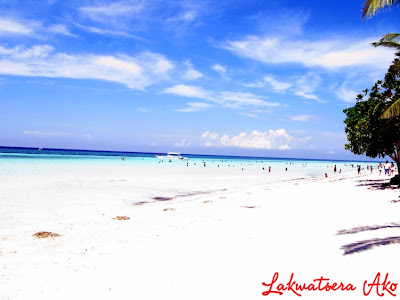 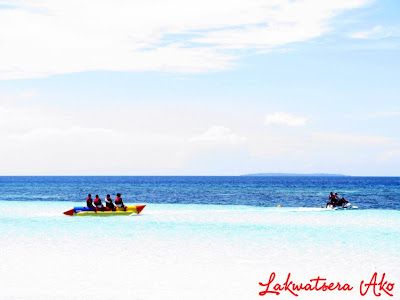 One of my favorite things to do is lie down on a beach chair at night and watch the stars while listening to the water lap to the shore.

Here's a couple of photos I took at dusk. 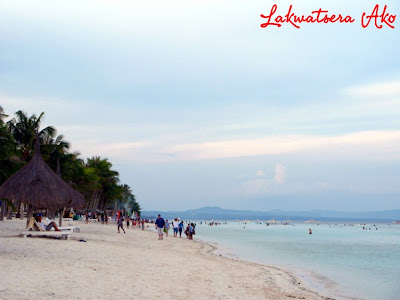 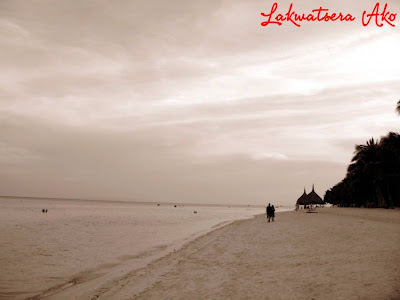 Last Saturday I joined Samsung's trip for bloggers to Quezon. I joined because I wanted to do a vlog about my Dad's hometown, Lucban. Despite the heavy traffic which messed up our plans it was just a great day to be in Lucban.

Here's my vlog about Lucban. Most of the footages I used were shot with the Samsung SMX-F400. Hope you appreciate the video since I'm still learning how to (1) edit (2) take proper shots (3) do scripts and (4) do voice over (hehehe).

I want my friends to experience Lucban on an ordinary day so they can better appreciate my Dad's hometown better. Here's a few things you shouldn't miss when you go to Lucban, Quezon:

You may also want to take a peek at a previous post I did about Lucban, go here.
Ipinaskil ni Aileen Apolo-de Jesus sa 11:31 PM 3 comments: 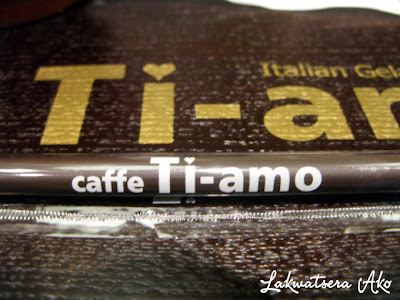 Caffe Ti-Amo is definitely a place where you can cool down from the summer heat since their main offering is italian gelato. They also have freshly brewed espresso drinks, herb teas, shakes and smoothies, waffles, honeybread and other gelato yummies. (Nomnomnom!!!)

I do not want to bore you with 101 synonyms of the word delicious and yummy, so I'll let the photos of the food we sampled speak for itself. 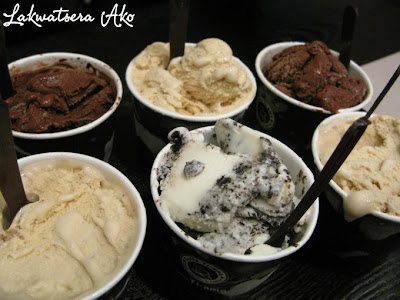 Italian Gelato
So what is the difference between Italian gelato and ice cream? According to the crew of Caffe Ti-Amo gelati contains less fat than regular ice cream and uses all-natural premium ingredients. I was really happy about their Italian gelato because it was really smooth and light and most importantly. People who are prone to tonsilitis would love this too since it wasn't so sweet. 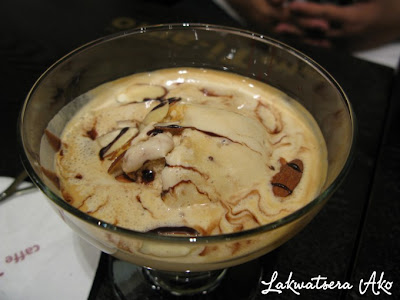 Affogato
I was surprised about the taste of Affogato. When I sampled it I tasted bitter coffee but this was soon replaced by wildly delicious vanilla gelato. It was an awesome feeling since I thought I was going to be disappointed with it. My friend, Sha, said that it reminded her of the time she placed coffee crumble ice cream in a cup of brewed coffee during our housewarming party. 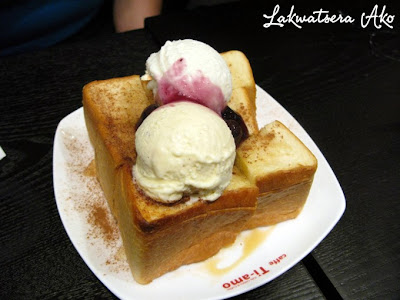 Honey Bread
This dish was another surprise. I expected the bread to be boring since it was thick, had vanilla gelato, blueberry drizzle and cinnamon on it. I was proven wrong when I sampled it. I ended up eating half of the dish (haha). 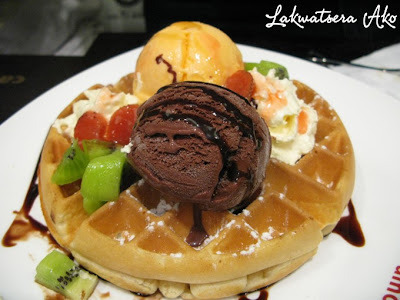 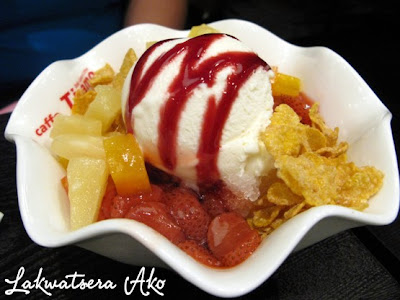 Yogurt Mischiato
Mischiato is the Korean version of our halo-halo, minus the sago and ube. This one has fruits in it and Francis mentioned that they oftentimes place red beans too. 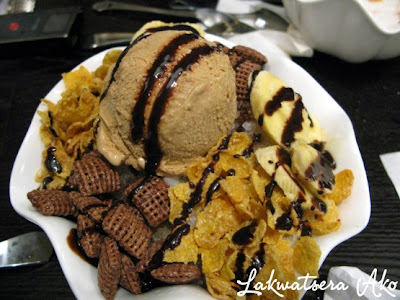 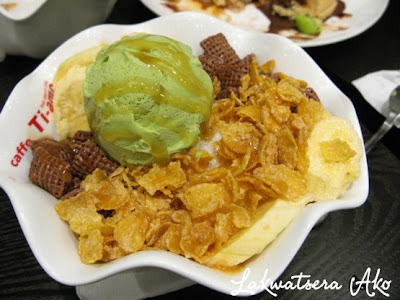 Green Tea Mischiato with Caramel drizzle
Francis mentioned that they put caramel drizzle (syrup) on the green tea gelato because some customers find it bitter. I didn't. It was just perfect!
In my excitement to share the photos I took I almost failed to mention that Caffe Ti-Amo is partly owned by Jollibee Food Corporation so expect more Caffe Ti-Amo branches to come. After all, Caffe Ti-Amo is unbelievably bigger than Starbucks in Korea!
You may also want to read about their tea. I have a post about it at Tea, Completely.
Caffe Ti-amo
Upper Ground Floor,
SM North EDSA Annex
Price Range: PhP200-250 (share with a friend!)
Must try: Honeybread, Affogato
Lakwatsera's Rating: I wish they would open a branch at SM Bicutan or Glorietta.
Ipinaskil ni Aileen Apolo-de Jesus sa 12:09 AM 4 comments:

Last week, hubby, Miguel and I got lost looking for this posh restaurant in Makati. Alas! We found Le Bistro Vert nestled in a building somewhere along Valero street. Parking was a bit hard so we ended up 30 minutes late for our meeting. 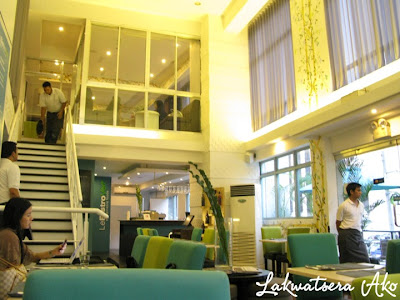 We got to try several dishes. I tried out the pizza and a breakfast meal (tapa) and sampled Jay's salmon dish. The pizza was interesting. Tapsilog was the usual one (but I liked their vinegar). The salmon dish was just so-so. Food wasn't really spectacular and their prices were overrated. The others said though that the desserts were good. 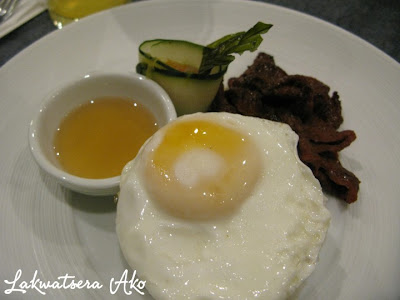 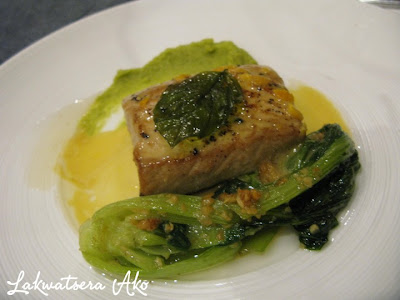 Lakwatsera's Rating: I'd rather go somewhere else for the amount I spent there.
Ipinaskil ni Aileen Apolo-de Jesus sa 4:50 PM 2 comments: