I first heard about Flapjacks from a friend who's studying at AIM for a MBA degree. His professor said that he heard that the place was worth checking out. I then kept a mental note to try out the place since I love eating pancakes.

It was towards the end of April when my friends from Davao arrived and wanted to try out new places. We then took a chance and tried out Flapjacks at Greenbelt. 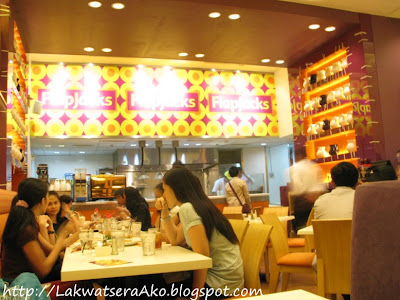 My friend ordered the tapa plate. He said that it was a bit too spicy but tasted good. The tapa wasn't significantly different from any other tapa in the market. 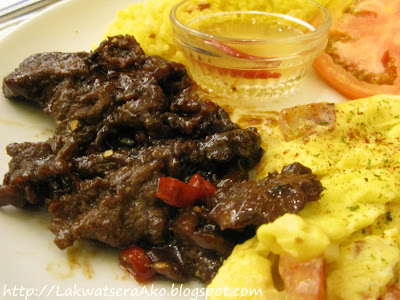 I got the sausage plate (I forgot what it's called but the menu said that it's imported). It wasn't spectacular, tasted like sausage which you could buy at the grocery. The salsa that was included in the serving tasted funny and we thought it wasn't fresh. 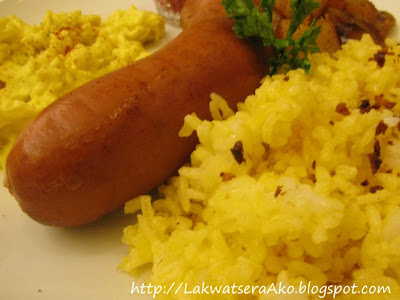 We also got a free serving of pancakes. We chose the one with peanut butter and banana. It was quite good though I thought that the pancake tasted the same as those served in a famous fast-food joint. 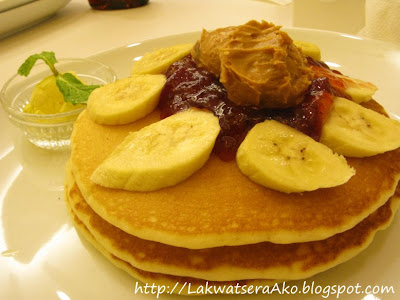 Overall, the dining experience was a good one. The food servers were very gracious, friendly and fast. They also kept asking us if we were okay. The food though wasn't spectacular. To me it was quite ordinary, not much different from the well-established Pancake House. I guess my expectations were quite high since it was located in Greenbelt and the pricing was quite high. There was also no pasta in the menu which I found quite weird.

What to have: what we ordered was good and filling, just don't expect it to have a unique taste

What not to have: make sure the salsa doesn't taste weird

Price range: PhP400/person for a decent meal (no dessert yet), overrated and expensive

The Lakwatsera's Rating: it wasn't bad, but not a place I'd go out of my way to visit again
Ipinaskil ni Aileen Apolo-de Jesus sa 8:49 PM 2 comments: