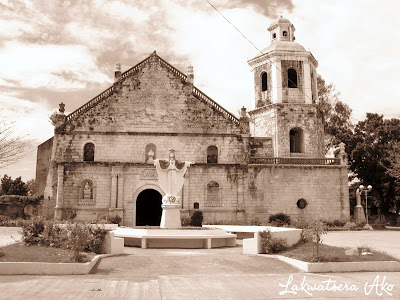 Makasaysayang Simbahan ng San Joaquin is a church like no other because of its militaristic facade. I was surprised it was designed that way, but our tour guide/friend, Bernie, said that the townsfolk wanted that in to remind them about how hard the Spanish fought the battle against the Moors. (More about the history here) 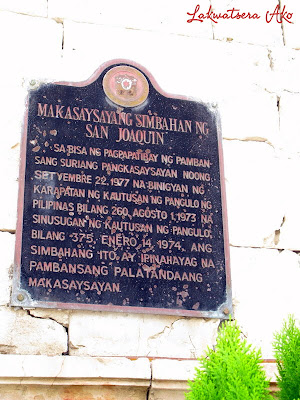 It was a beautiful day to go to Iloilo's countryside and the San Joaquin Church was our first stop after travelling an hour a half from Iloilo City. The church was indeed majestic and was situated on a plain overlooking the sea. It reminded me somehow of the Zamboanga's Fort Pilar which also had a "battle-like" facade, but with Mama Mary commanding waves to stop its rush towards Zamboanga. 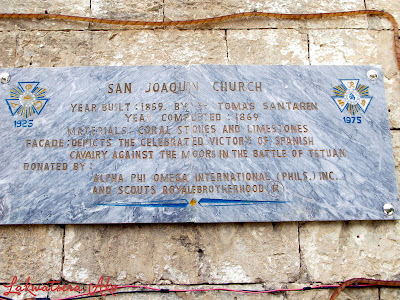 Despite what the facade depicted, the church surroundings was serene and I can just imagine the area looking the same when it was built in 1859. It's always a wonder how we manage to preserve our churches despite earthquakes or fire. It just goes to show how deep the Filipino faith is. 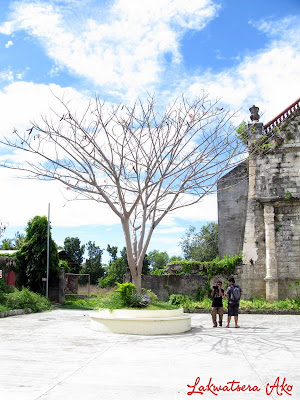 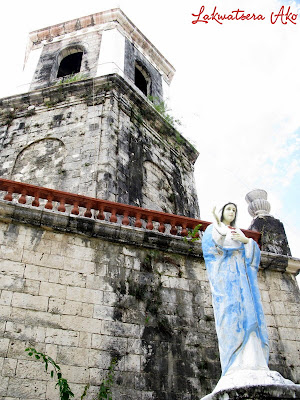 Kopi Roti Express, an expansion of Kopi Roti into rice meals. It started with their siewmai offering and then I was just surprised to see a Kopi Roti Express at the airport. I was in a hurry though so I wasn't able to try it out the first time.

And then we saw a branch at Newport City. Jay, Miguel and I tried it out when they picked me up at the airport. We tried out the following: 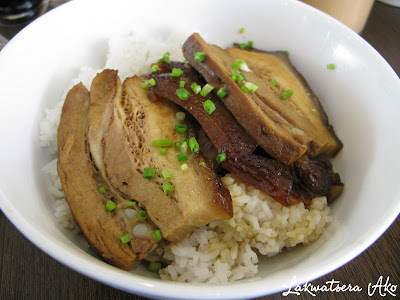 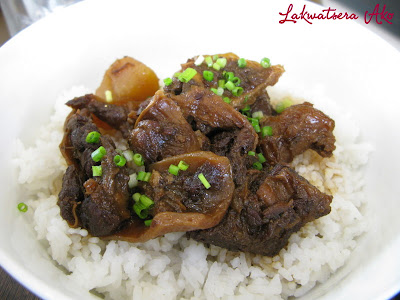 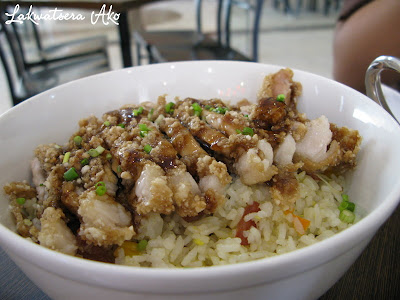 I was really hungry that time, but was disappointed with the dishes. It looked delicious, but it was bland. I tried adding some soy sauce to my pork ___ dish, but it was beyond repair. Miguel said that his pork tonkatsu was "okay" though. Jay's beef ____ dish was also bland. I just ordered some siewmai to silence my angry worms.

I guess rice meals isn't the forte of Kopi Roti Express. I'll stick to their usual stuff -- kopi bun, iced milk tea, kaya toast and their poached eggs. I'll also stick to their branch in SM Mall of Asia since I'm protected from smokers when I'm inside the resto.

Must have: iced tea with milk and stick to their breakfast/snack menu

Lakwatsera Rating: sticking to their old menu, no rice meals for me
Ipinaskil ni Aileen Apolo-de Jesus sa 1:51 AM No comments: