The Sweet and Sour Fish Fillet, one of my favorite dishes, is something I'll have during fish-Fridays this Lenten season. I hope that Max's would keep this in their menu! 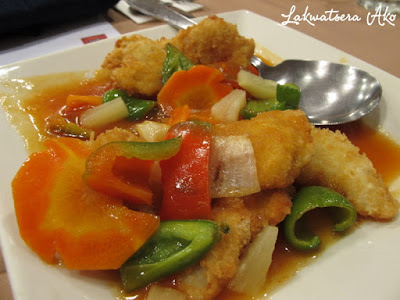 The Max's Boneless Bangus is my son's favorite and he can finish the whole thing in one sitting! 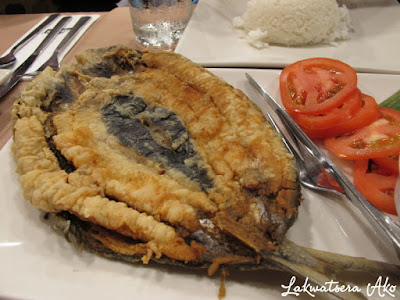 You may want to try out though the summer meal package. It includes: 1 whole Max’s sarap-to-the-bones fried chicken, 4 servings of rice, 1 regular Pancit Canton, 1 bottle of Pepsi (1.5 liters) and 1 Giant Halo-Halo. You can take this out for your barkada gimmicks or for lazy Sunday meals at home. It's just PhP999, available until May 31, 2011! (This is for take out or delivery only).

Oh Max's Fried Chicken... someday I shall be able to eat you again! 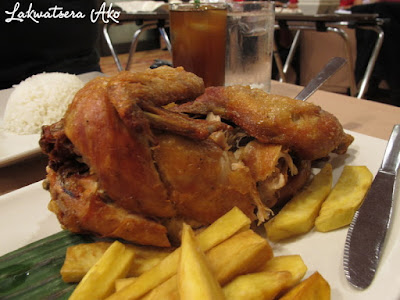 During my short stay in Dumaguete I had a lonesome late dinner at Cafe Laguna which was just at the ground floor of Hotel Nicanor. I fell asleep watching the news when I got back from merienda at Sans Rival Cakes & Pastries and taking a stroll at Rizal Boulevard. 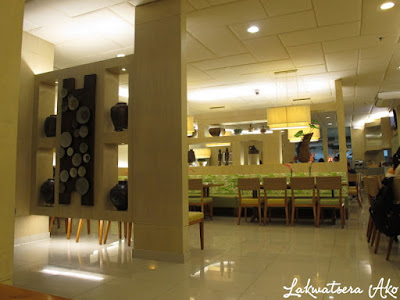 It was a Friday so I was constrained to order only seafood because it's Lent. I ordered the adobong pusit (they had another term for it). I loved it! The pusit was soft and chewy and the sauce just had a hint of anghang. But what they said was good for two had more tentacles than the yummy pusit body. 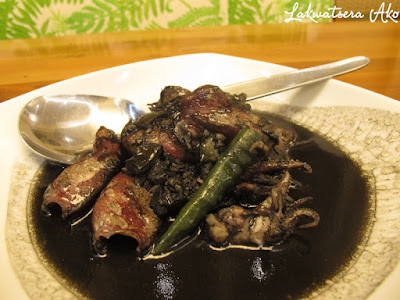 Inasmuch as I wanted to try out other dishes I had no one to share it with me. Maybe next time :)

Price range: PhP200+/dish, found it a bit pricey since the serving was small

Lakwatsera Rating: will likely come back when I get the chance to visit Dumaguete again
Ipinaskil ni Aileen Apolo-de Jesus sa 12:24 AM No comments:

Sansrival. Must get! That's what my Ninang Jane told me when I told her I was going to Dumaguete. She also made sure I'd stay a stone's throw away from the store. I had less than a day in Dumaguete so I prioritized it in my list of "must-sees". 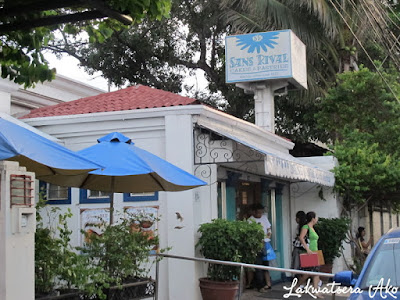 I had my chance to go in the afternoon after my gig, so I went straight to Sans Rival Cakes & Pastries near Hotel Nicanor. The charming shop is also just a few meters away from Rizal Boulevard. I was planning to get some take out only, but when I entered the shop I knew I had to sit down and experience dining there. Aside from the cakes and pastries, what drew me was the shop interior. I can't describe it exactly, but I'm just amazed at the ceiling lamps! 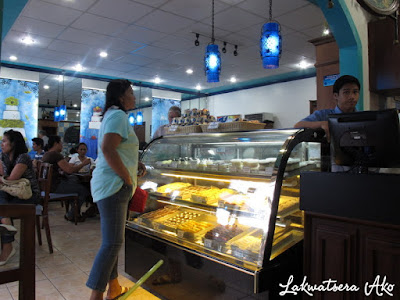 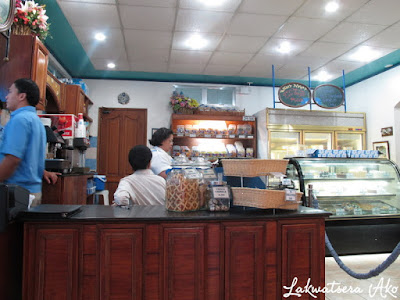 Anyway, I got a bit hungry and got some silvannas. They were awesome! And how I wish I had a huge stomach so I can eat more! 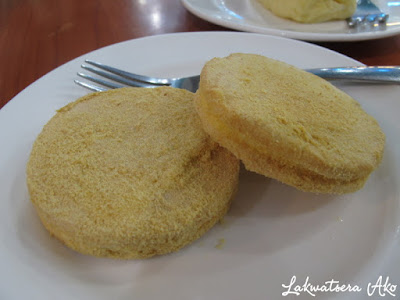 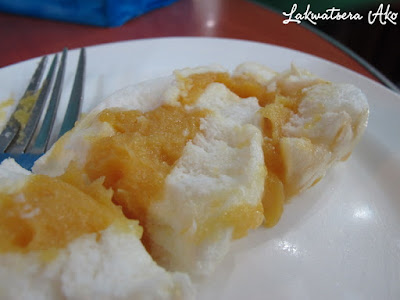 And for pasalubong I got a box of sans rival. I just told the cashier that I was going to travel back the next day, so she made sure my sans rival was wrapped in tin foil so I can easily take it home. A box just cost PhP299. I had it placed in the hotel's freezer so it wouldn't melt (had to pay additional PhP50 for it though).

My merienda (a bottle of coke, cheese roll, 2 silvannas and a slice of braso de mercedes) cost me less than a hundred pesos. I wanted to sample more stuff, but my tiny tummy prevented me from doing so.