We had visited Central Perk a few times before, but it was always full. We thought going there for lunch on a weekday would be a good time. To be sure we booked a table via Google Maps which connected to my Chope account. 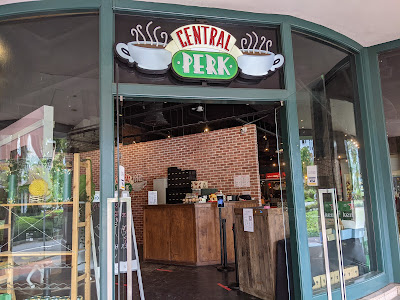 The place was empty save for one customer who was finishing his meal. He left by the time we ordered food so we had the place to ourselves for awhile. We accessed the menu through a QR code and ordered via the page we were directed to. There was a lot of selections! Even the cappuccino had several variations. The first thing I got was the Phoebe Buffay cappuccino, Sweetie ordered the Chandler Bing cappuccino. Mine was light roast and had a nutty flavor, I think Sweetie's coffee was medium roast. 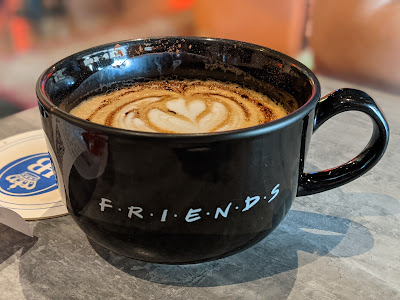 For starters we ordered Phoebe's mushrooms and we were surprised that the serving was generous. We both really liked how they sauteed the mushrooms in oil and garlic. It was really flavorful (the same way they make it back home). We also ordered the Alessandro caesar salad which was pretty tasty too (bacon is key!). 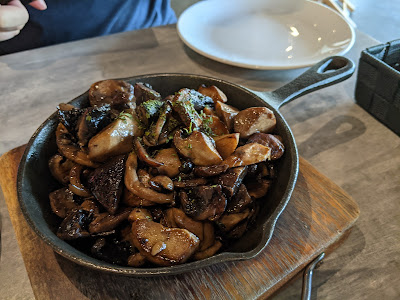 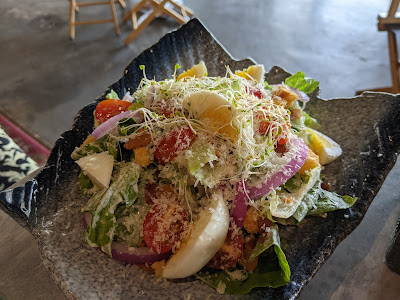 Sweetie got the Ross Geller's Thanksgiving sandwich since we were not able to eat turkey for Thanksgiving. I tried it too and it was tasty and filling. I got Monica's lasagna which I think was a no meat pasta. The serving was huge! I was so full just eating a third of it (we brought the rest home). 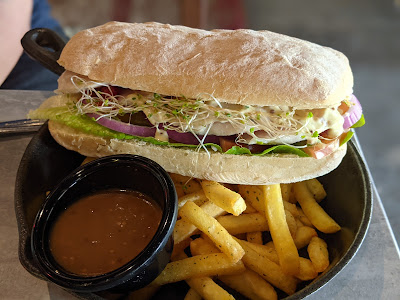 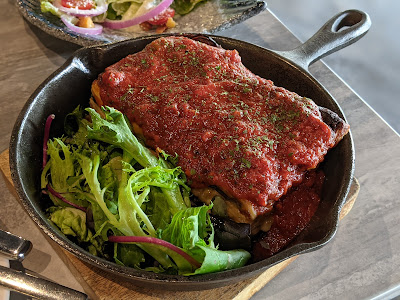 We skipped dessert since we were both so full and we already had fruit juice for our beverage. We had to walk off the gastronomic delight we had and ended up having a light dinner. There's a nook at the entrance to leads to a replica of Monica and Rachel's kitchen and they had a number of memorablia too. If you're a big fan they also have tshirts, postcards and their coffee blend. 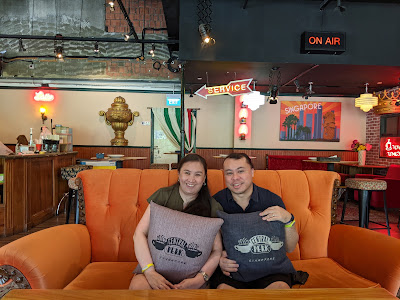 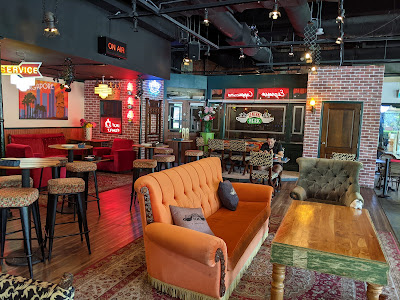 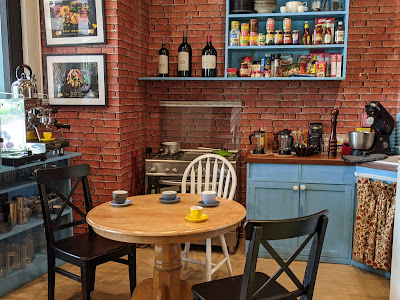 Of course, expect the food to be a bit pricey. It's after all a tourist spot. We'd probably come back for the coffee and more snacks if we're in the area. Nonetheless we enjoyed our visit and we're glad we came at a light hour. The staff were friendly and would gamely take your photos too.